The History of a Name

The name of the Ithaca College sports teams is the Bombers. The history and origin of the name is obscure. This is what could be found in the College Archives.

Intercollegiate athletics (for men) began during the era of the Ithaca Conservatory and Affiliated Schools (1926-1931) as the Ithaca School of Physical Education grew.

Teams during this era were known as the Blue and Gold or the Ispies (from ISPE, the acronym for the Ithaca School of Physical Education).

For this era, the Ithaca College teams—predominately baseball, basketball and football—were known by a variety of names, mostly referring to Ithaca College and the College's colors. These names included: Blue Team, Blues, Blue and Gold, Collegians, Seneca Streeters (this last refers to the Seneca Street gym, a former movie theatre used as a gym).

October 16, 1936. A call went out for a name for the college teams from the Ithacan. The request was repeated October 30 and November 13, with a vote scheduled for January 8, 1937. Options listed for the voting were:

On January 22, 1937, the Ithacan reported that the student body had overwhelmingly picked "Cayugas" as the name for the teams. The 1937 yearbook (The Cayugan) duly reported:

Henceforward, all athletic teams representing Ithaca College shall be denoted by the historical Indian name derived from this section of the country — 'The Cayugas'.

This all sounds definite. John Harcourt, in his history of the College, The Ithaca College Story writes:

The will of the majority was not to prevail over the power of the press, however, for by 1940, the name "Bombers" had surfaced in the sports release and soon drove out its official competition. John Mason Potter credits Harold Jansen with effecting this change: Jansen, a member of the publicity staff and sports writer for several newspapers, apparently coined the name and by using it repeatedly in his own stories, assured its ultimate acceptance.

Information in the archives indicates that it might not have been that simple.

Jansen's publicity biographical material indicates that he began working as Publicity Director of Ithaca College in December, 1935 and joined the Ithaca Journal in October, 1939. Prior to that, he worked for the Syracuse Journal. His bio also notes that he was "Ithaca correspondent for many years for United Press and Internation News Service."

Clearly Jansen was active in the media as a reporter about events at Ithaca College. However, the lack of references to the Bombers in the Ithaca Journal does not support the hypothesis that Jansen single-handedly generated and forced the adoption of the name.

So what really happened?

Nobody really knows. There are theories relating to the Bronx Bombers, and "Joe Louis, the Brown Bomber, was prominent at the time; and the country was building up its Air Force in a preparedness program." 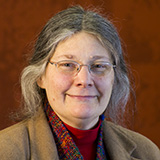